I had quite an adventurous weekend!! Almost my whole family of nine adults and ten kids headed to Garden City, Utah to go boating at Bear Lake. The weather was wonderful and everyone was having a great time on the beach, waiting for the boat.

Earlier in the day my husband was putting the boat in at the marina when large amounts of water started filling the boat. In a matter of minutes the boat was almost going to be sunk in the marina. Luckily, a nice fisherman was heading out on the lake & saw my husband and brothers-in-law struggling to figure out what could be done. The man quickly pulled his boat over & towed them out before the boat was completely under water.  The culprit??? The boat had been in the shop & the mechanic had not replaced the plug in the boat. yikes!!

Lesson: whenever getting into a boat—have a life jacket and make sure there is a plug!!

Well, after hours of draining the boat, finding a plug, I honestly wasn’t sure if we should take the boat out. My husband was determined to show my family some…he literally started trying to quote Clark Griswold, “fun, old-fashioned family..fun. We’re gonna press on, and we’re gonna have the hap, hap, happiest time.” I laughed & let him carry on.

We took the boat out & after we loaded up eight kids, three adults, towels, & made sure everyone had life jackets, we were off! My brother-in-law jumped in to the freezing lake & strapped on a wakeboard, took a few spins & then we began to notice the boat was taking on some water. The adults all looked at each other, “What do we do? get the kids in closer to shore or risk getting to the marina?” We opted to get close to shore & get everyone overboard because water was coming in quick & the weight of everyone was definitely not helping. The kids all looked at the shore & we heard little voices say, “that is sure far.” We kept reassuring everyone we had life jackets & they would help us float in to safety. One by one everyone jumped off the boat. The rest of my family watched, wondering what was happening on board the boat. They knew something must be wrong when they saw me climb off the boat, fully clothed. smile. smile. We all began swimming to shore.

We gathered together as we watched my husband & brother-in-law slowly drive the boat toward the marina. The entire family stood there on the beach and said a prayer that the boat would not sink & the guys would be okay. We all watched until we could not see the boat any more. We then received a call from my husband & the boat had stalled in the middle of the lake. They needed the coastguard quick!! Luckily the boat drifted near a buoy & were able to hook the boat so it would not continue drifting further and further from shore.

This is when a stranger on a jet ski pulled over because he could tell they were in trouble & offered to pull them out with his tractor.  The safety of grace, the beauty and kindness of a stranger. He jetted off to his nearby cabin & brought his tractor down to the lake & everyone worked together to get the boat out before going under. YAY!!!

There was another side of this story that these children learned this weekend at Bear Lake. They learned that faith and prayers can do many things. While my entire family was gathered together yesterday, I had my mother share a personal story from her youth about guardian angels & praying for safety… My mother when she was about seven-years-old had been at this very lake with her mother, father and two older brothers. They had been traveling & were on their way home when they arrived at the beautiful Bear Lake. It was a hot Sunday & being religious people they did not want their children swimming on Sunday. But, after many begs and pleas from the boys, their father allowed the children to take a quick dip in the lake to cool off before returning to the hot car & driving home.

My mother shared the story with beautiful detail & allowed the children listening to look out at the beautiful, blue lake & imagine the story.  She continued on…one boy found a inner tube & the other found a log to float on. At first, everything was all fun, but then the boys began to get swept further and further out into the lake. The water began to get more choppy & one of the boys had his log shoot out from under him & he was left looking for safety. He swam over to his brothers tube & tried to hold on, but the tube then jetted out from under both of them & the two boys were left with nothing around them. They knew how to swim, but the waves were crashing & the water kept churning over them. The parents could barely see them & began to worry. Their father saw what was happening & began to swim out after them. Their mother looked at her young daughter (my mother) & had her point & watch where the boys were. She quickly obeyed & kept her arm pointing, watching the boys. Their mother ran up and down the beach yelling for help, praying they would be saved. Their father was a good swimmer, he swam hard, but the current was powerful & his body was tiring & he knew he would not have the strength to save both of them. He thought to himself & wondered what he could do. Out of nowhere there was a women, who yelled, “you grab him & I will take him.” They pulled them in & everyone was exhausted, throwing up water, but they were alive. Their mother grabbed this mysterious woman & hugged her, sobbing, thanked her & asked her everything she could possibly find out about her—where she lived, why she was here, where she came from…

My mom told the story and sobbed, reminiscing every moment. Every child in the room listened intently. She concluded the story about how her mother & father tried to locate this woman for years. She explained how her brother would travel back east for business & also tried to find her, but they never could. To them, she was a guardian angel that answered their prayers.

This weekend was many moments of memorable fun, but was also a humbling, learning experience of having faith.

The kids all worked together to bake a big plate of cookies that we took to an angel who helped us out this weekend. It was sooo fun to see the kids so proud to give them the notes and cookies they made & say thanks for helping save the boat. It was priceless. 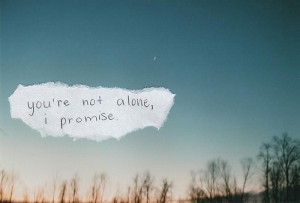 I just wanted to share these two great stories to share further the importance of having faith. –Peace to you. Heather

2 thoughts on “Have a little Faith”