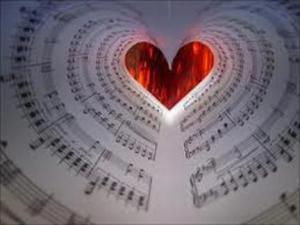 I have always had a fascination with music, the soundtrack of our lives and the way it can affect us–good or bad.  I think my first real experience with the power and influence of music was when I was a teenager and my brother had been talking to me about taking his own life.  Of course, I was worried and did my best as a young teen to help, but in the end, he followed his personal need & took our family car off a cliff. Luckily, he survived, even though the car was totalled (a dime on the car floor was bent in half), he was thrown from the car into a snow bank & was able to walk out of the canyon alive. After a few days, he shared a scary story about the power of music. While he was driving down the canyon the song, “Devil Inside” came on & in this instant he steered the car off the cliff. I cannot say this song or the energy behind it had any possible cause, but I can tell you that my brother distinctly remembered this song playing & then taking the car off the cliff.

So, why am I sharing this story?? Because I have always believed good or bad—music can have a powerful affect & we need to be aware of what we are playing as the soundtracks of our lives.

Here is another alarming study to show the harm of harsh music (I shared this in my positive vs negative post) but incase you missed it: Sixteen-year-old David Merrell, a student at Nansemond River High School in Suffolk, Va., thought that the loud sounds of hard-rock music must have a bad effect on its devoted fans and came up with a way to test that damage.

Merrell got 72 mice and divided them into three groups: one to test a mouse’s response to hard rock, another to the music of Mozart and a control group that wouldn’t listen to any music at all, rock or classical.
The young vivisectionist got all the mice accustomed to living in aquariums in his basement, then started playing music 10 hours a day. Merrell put each mouse through a maze three times a week that originally had taken the mice an average of 10 minutes to complete.
Over time, the 24 control-group mice managed to cut about 5 minutes from their maze-completion time. The Mozart-listening mice cut their time back 8-and-a-half minutes.
But the hard-rock mice added 20 minutes to their time, making their average maze-running time 300 percent more than their original average.
Need we say more? Well maybe we do. Merrell told the Associated Press that he’d attempted the experiment the year before, allowing mice in the different groups to live together.
“I had to cut my project short because all the hard-rock mice killed each other,” Merrell said. “None of the classical mice did that.” (taken from edu-cyberpg.com)

So, please be aware of the negative music that you may have within your life or in the lives of those you love. 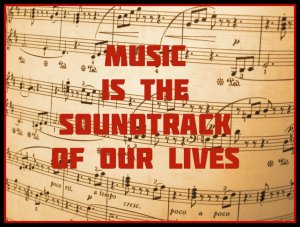 So here are some great discoveries, wonderful articles, good information about how music helps heal.

There is also preliminary evidence showing that listening to music can boost immune system function by decreasing stress hormones and increasing growth hormones. These changes should prime the body to be in a better state for recovering from and resisting illnesses, but the research is weak thus far and needs further investigation. -jamescleararticle

There are a range of studies that link music to happiness and pleasure in different ways. Despite the differences in the individual studies, the scientific consensus on the topic is that music does stimulate the same areas of the brain that trigger pleasure in other activities. A range of studies have found that listening to pleasurable music stimulates the mesocorticolimbic system in the brain, which is the same “pleasure center” that is triggered by humor, tasty food, and even cocaine. In this way, you could say that music is like a drug. If music makes you happy, then it might be possible that it is good for your health. -jamesclear.com (great article http://jamesclear.com/music-therapy)

In his book “Awakenings,” the British-American neurologist Oliver Sacks writes of patients who went from being catatonic to fully functional when music was added to their environment.  -WallStreetJournal article

Another article about “Alive Inside” documentary about patients with dementia, bipolar, schizo…and how music is a backdoor that awakens something inside. http://www.deseretnews.com/article/865611277/Alive-Inside-is-a-testament-to-the-healing-power-of-music.html?pg=all 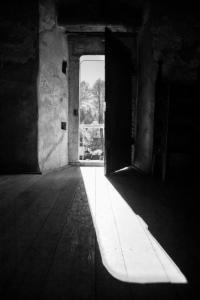 “Music might provide an alternative entry point” to the brain, because it can unlock so many different doors into an injured or ill brain, said Dr. Gottfried Schlaug, a Harvard University neurologist. Pitch, harmony, melody, rhythm and emotion — all components of music — engage different regions of the brain. And many of those same regions are also important in speech, movement and social interaction. If a disease or trauma has disabled a brain region needed for such functions, music can sometimes get in through a back door and coax them out by another route, Schlaug says.

“In a sense, we’re using musical tools to particularly engage certain parts of the brain and then teach the brain new tricks — new tools — to overcome an impairment,” he says.

Reading: Research suggests that people with dyslexia, or difficulty reading, also fare poorly on tests of auditory processing. Their timing is also poor. They have difficulty filtering out unwanted background noise and “tuning in” to sounds — such as a teacher’s instruction — that they want to hear. Intensive music instruction has been found to improve those skills, and with them, some skills related to reading.

Movement: If you’re old enough, recall John Travolta walking down the street to the song “Stayin’ Alive” in the opening scene of “Saturday Night Fever.” Now imagine a patient with Parkinson’s disease, a degenerative brain condition that affects the initiation and smooth completion of movement. Here’s where music’s rhythmic qualities appear to get in the back door of a patient’s brain and provide a work-around to brain functions degraded by Parkinson’s. By engaging the network of regions that perceive and anticipate rhythm, music with a steady, predictable beat can be used to cue the brain’s motor regions to initiate walking.

Once off the dime, a Parkinson’s patient can use the music’s beat to maintain a steady, rhythmic gait, like John Travolta.

“It works well and it works instantaneously, and it’s hard to think of any medication that has this effect,” Schlaug says.

Neuroscientists suspect that music may work in much the same way for stutterers, who can experience difficulties initiating speech and maintaining a steady flow of words. Case studies have long observed that when stutterers sing, their halting speech patterns disappear. Music’s predictable beats may help them initiate speech and continue fluently.

Memory: The progressive degeneration of memory in Alzheimer’s disease cannot be reversed or slowed by any intervention. But music can temporarily unlock memories for patients who have lost their grip on nearly every other detail of their daily life and relationships. 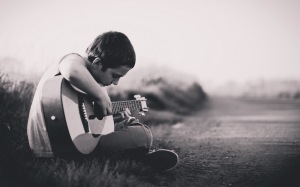 A number of studies show that music therapy – the use of music for medical goals – can reduce pain. In a 2001 study on burn patients, whose burns must be frequently scraped to reduce dead tissue, researchers found that music therapy significantly reduced the excruciating pain. Patients undergoing colonoscopy also seem to feel less pain and need fewer sedative drugs if they listen to music during the procedure, according to several studies. Another study done at Glasgow Caledonian University found that people who were listening to their favorite music felt less pain and could stand pain for a longer period.       Deforia Lane, director of music therapy at the University Hospitals Ireland Cancer Center in Cleveland, has found an improvement in immune response among hospitalized children who played, sang, and created music compared to children who did not get music therapy.    Research conclusions have identified how the affect of music could replicate the effects of hormone replacement therapy in the prevention of Alzheimer’s disease and dementia.

Music that a person likes – but not music that is disliked – activates both the higher, thinking centers in the brain’s cortex, and, perhaps more important, also the “ancient circuitry, the motivation and reward system,” said experimental psychologist Robert Zatorre, a member of the team.

The brain grows in response to musical training in the way a muscle responds to exercise. Researchers at Beth Israel Deaconess Medical Center in Boston discovered that male musicians have larger brains than men who have not had extensive musical training.   -wakeup-world.com (to read the whole article–interesting http://wakeup-world.com/2013/10/08/9-healing-benefits-of-music/) 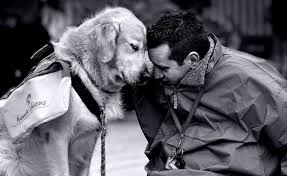 Studies have proven that music can beneficially affect heart rate, blood pressure, respiration rate and shifts in emotions and energy levels. Even more interestingly, the research has proven that the healing power of music goes beyond humans and extends to the animal world. The mood enhancing capability of music has provided tranquil restorations to animals that have been previously abused or neglected. The animals connect with the tones and tempos as a source of relaxation, just as we connect with music in a similar manner.  -Massagetoday.com

Well, I hope I have given you enough food for thought on this one. Feel your mind and your life with good things!!

One thought on “The Soundtrack of your life. What are you playing?”