Okay, so today I wanted to do a Big Learning post because I have been learning a lot!! It is very exciting. I have been down with a cold for a couple of days, so I have been reading and watching movies that stretch the mind. Wow!!So, for the next few weeks I will share what I have been learning from many different sources. But, today I want to share with you some key thoughts from —Pam Grout’s book Esquared [it’s really a tiny 2 (squared symbol), but I am not sure how to make it work on here] smile.

Pam’s book is a unique idea—Nine do-it-yourself energy experiments that prove your thoughts create your reality. What I have learned so far—I am okay, not great at using my energy powers. smile. smile.   Her premise, think about what you want & it will show up for you.[I am not going to share all the experiments, but I will give you a sample. You have to want to read the book] So, here is the first experiment: The Dude Abides: Basically what it says is, “There is an invisible energy force or field of infinite possibilities.” The experiment could be best described as an ultimatum. You are going to give the force exactly 48 hours to make its presence known. You’re going to demand a clear, unmistakable sign, something that cannot be written off as coincidence.     So, me and my crazy but faithful heart decided I would look for a red cardinal. Utah does not get Red Cardinal’s so I was really putting the experiment to the test!! A few days later my family got in on the game–My husband decided to look for a white feather & my daughter wanted to look for a white bracelet. The test was on!! I had started my red cardinal hunt a couple days earlier before my whole family got involved. My Red Cardinal never did show for a couple days, so on the third day I decided to continue looking for a red cardinal, but also added a blue feather into the mix. Another day passed and while I was in my car driving, I literally had the thought, I am definitely not very good at this test!! Right around the corner there was a sign that said, “Blue Raven” My heart jumped. That will do. A blue raven would have tons of blue feathers!! I had never seen that sign before even though I have driven that same road multiple times.  Within a few days, my daughter had a classmate who was wearing a white bracelet & my husband had saved a bird that had been hit on the road. He called me up…”remember how we were looking for white feathers…I just found all kinds of feathers.”

Try it yourself—put something out there and give yourself 48 hours to one week & see what you find!! Pam had some great thoughts to go along with this…“you do have to quit being so wishy-washy. Nobody in his or her right mind would call up Sears and say, “Oh, just send me something I like.”

“To effectively work these spiritual laws, you have to “get it” deep down in your bones that the Universe is bountiful and that, at all time, it has your back.” 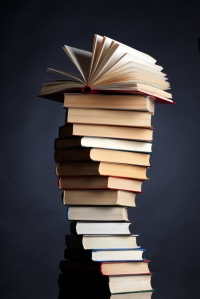 Wow! We are amazing…Pam also made the following statement: Scientists now know the brain receives 400 billion bits of information each second. To give you some idea of just how much information this is: it would take nearly 600,000 average size books just to print 400 billion zeros. So, what do we do? We start screening. We start narrowing down. I’ll take that information over there…When all is said and done, we’re down to 2,000 bits of information each and every second. Our brains continually sift through the possibilities and pick which bits of information to “see” and believe. Out of sheer laziness, the stuff we choose to perceive—and make no mistake…it is a choice—it is the stuff we already know. 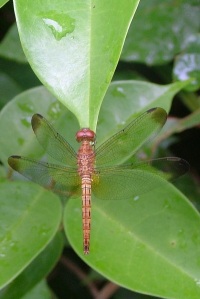 Trying to receive or tune into the things you want in your life. Pam Grout liken’s consciousness to a giant skyscraper. I may be living on the second floor, but the “thing” I created with my thought is up on the 17th floor. Until I can get to the 17th floor, it appears that it is still missing, that I am still waiting.     Another great analogy is a television set. If you have cable, more than 100 channels are yours for the clicking. TiVo aside, you can only watch one channel at a time. When you’re watching, say, Modern Family, you’re chuckling at the antics of Cam, Mitchell, Phil and Gloria and you’re completely unaware of the other 99 (or more) channels. That’s why it’s really important to stay on the channel you want. Tune in to your intent.

Talking about trying to tune into something I wanted—Here is a great story that happened to me yesterday. I wasn’t feeling well, but my dog needed to go outside, so I walked him out onto our deck. I noticed a brown dragon fly circling the yard. I LOVE these beautiful, mysterious insects so I slowly walked out into the middle of the yard and said, “come play with me.” The dragon fly whirled above my head, flew around, came close, then out again, the natural rhythm of these creatures. I just followed it with my eyes and smiled as it came closer. I watched it for awhile and then went back inside. I left the door open for the natural breeze and bundled up on my couch. Within a minute I heard a noise right behind my head that sounded like a wrapper moving against the blinds behind me. I peeked over the couch edge & there was the dragon fly I had been with outside. It was now stuck behind the lip of my couch. I gently put my hand under its body & lifted it out about four inches & then it gently flew directly out the door. It was amazing. I couldn’t believe it. The exact dragon fly had followed me into the house & then knew right where to go once it wasn’t caught behind my couch (directly behind where I was sitting). I went back outside to make sure it was okay & it flew by me again. Amazing. Beautiful. 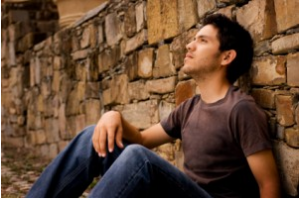 Reasons why we have a harder time receiving…here are a few of Pam’s thoughts.     1. We’re Really Not here: Not in this moment. If you are not really here [present], your mind is NOT available to do what you are asking it to do. You are operating out of old encrusted beliefs, beliefs you downloaded before your were five. Do you really want a five-year-old running your life?   2. We’ve named it difficult. We spend so much time talking about what doesn’t work that we miss the whole point: namely, that we have the power to create something that does.    3. We Stalk Negativity: What do we study? Disease, problems, disasters of the past. What do we prepare for? emergencies. We love to sink our teeth into problems and ask, “What’s wrong?” Once we begin to look for What’s Right, our lives begin spinning in unimaginably exciting new directions.  Every “wrong” thing has a flip side. Lack is the flip side of abundance. Sickness is the flip side of health. While living in the consciousness of space and time, you can only observe one side of the coin at a time. But it’s important to realize that the other side is just as real and that at any time, you can simply flip it over.

The only thing you need to do is devote your mind ONLY to things you want.

“The greatest discovery and development of the coming years will be along spiritual lines. Here is a force which history clearly teaches has been the greatest power in the development of man and history, and yet we have been merely playing with it and have never seriously studied it as we have physical forces. Some day people will learn that material things do not bring happiness and are of little use in making men and women creative and powerful. Then the scientists of the world will turn their laboratories over to the study of the spiritual forces. When this day comes, the world will see more advancement in one generation than it has in the past four.”  -Charles Proteus Steinmetz, inventor of the alternating-current motor

Thanks Pam Grout for your ideas, thoughts and directions.

P.S. I believe Pam has a wordpress blog–check it out. She always shares great stuff.

Well, I hope this post will help you see how powerful your mind is, how important your thoughts and intentions can be. We have a greater potential than we possibly know. We have a spirit that tunes in to the energies all around us. We have endless possibilities within us. I believe we are creators, spiritual beings trying to find our way, to see our purpose and constantly reaching higher to something greater than us all. Peace to you today.

I hope you found some big learning within this post. Best wishes for your life.