Today is a beautiful day to honor men and women who place their lives on the line to give freedom. I honor them with these stories of bravery: 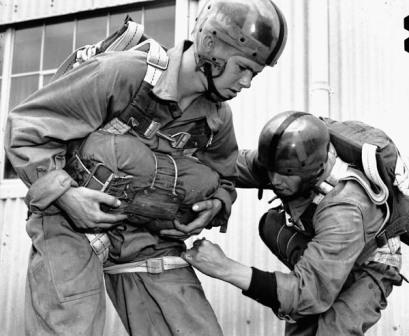 THE POWER OF “WE”

The story of Charles Plumb is inspiring and emphasizes the value of each individual of a team. Captain Charles Plumb, a graduate of the Naval Academy, whose plane, after 74 successful combat missions over North Vietnam, was shot down. He parachuted to safety, but was cap- tured, tortured and spent 2,103 days in a small box-like cell.

After surviving the ordeal, Captain Plumb received the Silver Star, Bronze Star, the Legion of Merit and two Purple Hearts, and returned to America and spoke to many groups about his ex- perience and how it compared to the challenges of every day life.

Shortly after coming home, Charlie and his wife were sitting in a restaurant. A man rose from a nearby table, walked over and said, “You’re Plumb! You ew jet ghters in Vietnam from the aircraft carrier Kitty Hawk . You were shot down!”

Surprised that he was recognized, Charlie responded, “How in the world did you know that?” The man replied, “I packed your parachute.” Charlie looked up with surprise. The man pumped his hand, gave a thumbs-up, and said, “I guess it worked!”

Charlie stood to shake the man’s hand, and assured him, “It most certainly did work. If it had not worked, I would not be here today.”

Charlie could not sleep that night, thinking about the man. He wondered if he might have seen him and not even said, “Good morning, how are you?” He thought of the many hours the sailor had spent bending over a long wooden table in the bottom of the ship, carefully folding the silks and weaving the shrouds of each chute, each time holding in his hands the fate of someone he didn’t know.

Plumb then began to realize that along with the physical parachute, he needed mental, emo- tional and spiritual parachutes. He had called on all these supports during his long and painful ordeal. 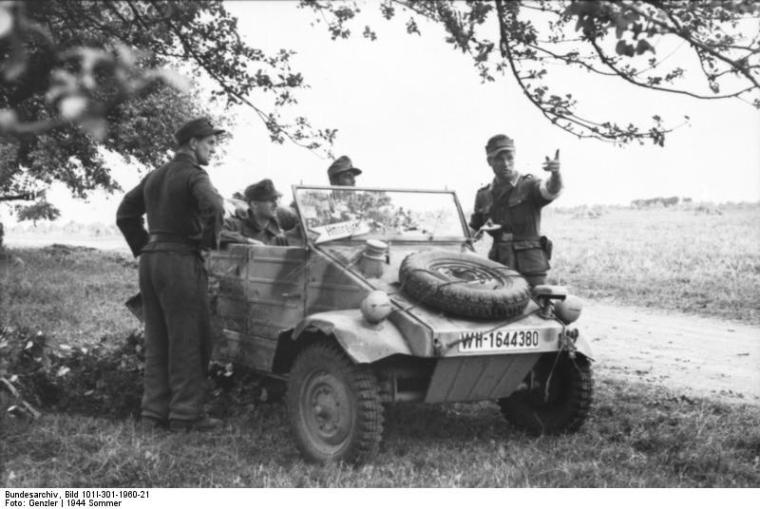 Look for any opportunity in a negative situation

Maybe you’ve heard the story of the four American GI’s who were soldiers during WWII. They were driving along
a narrow dirt road in a standard-issue Army jeep. They were suddenly attacked from all sides, and to make a bad situation worse they came across a large tree blocking the road and their only route to escape. The road was too narrow to allow the jeep to turn around, but the soldiers knew without a doubt that their only chance was to get their vehicle turned around so they could escape.
Knowing they had only one chance at survival, they jumped out of the jeep and each of the four young men took a corner. While being fired upon, together they lifted the jeep into the air and turned it around so that it pointed back the way they had come. They jumped back into the jeep and raced through as a barrage of bullets flew by. Miracu- lously they escaped with none of them sustaining a single hit.
When they returned to their camp, they excitedly shared their incredible story. Their fellow soldiers laughed in disbelief. They ‘knew’ there was no way four guys could lift a jeep and turn it around with their bare hands. Their friends challenged them to prove what they claimed they had done.
The four soldiers surrounded a jeep and each took a corner and attempted to lift it. They grunted and groaned and strained and were unable to lift a single corner of the jeep again.

Where did four young men get the strength of ten? When they believed they had NO CHOICE, they were able to
lift the jeep and turn it around with ease. With the same arms, legs, backs, and muscles, they were able to do something that later they were completely unable to do. What was the difference? It was all in their THINKING, their unshakable belief that their very lives depended on their ability to lift and turn the jeep, and their unwavering con- viction that they would be able to do it.

The doubt shared by their fellow soldiers, combined with the passing of the immediate danger and the adrenaline rush that came with that danger, took away the ability of the four young men to repeat their feat.
Article Source: http://www.positivearticles.com (centrixcoaching) 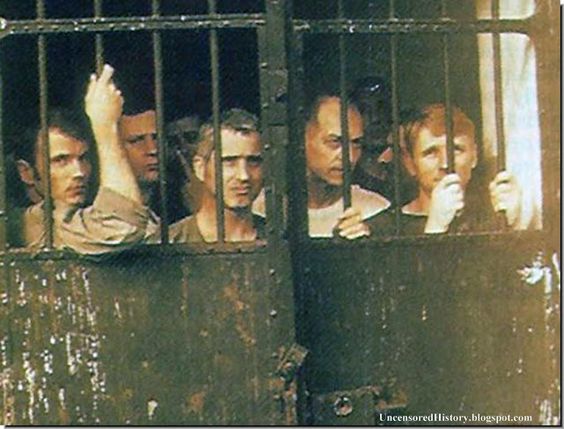 This version is taken from a post by Joe Kraus. Story found in the book Good to Great.

The Stockdale Paradox is named after Admiral Jim Stockdale who was the highest ranking US military officer imprisoned in Vietnam. He was held in the “Hanoi Hilton” and repeatedly tortured over 8 years. Collins describes going to lunch with Stockdale (can you imagine?) and trying to understand how he survived 8 years as a POW while so many died after just months in captivity.

Here’s how Stockdale put it. “I never lost faith in the end of the story. I never doubted not only that I would get out, but also that I would prevail in the end and turn the experience into the defining event of my life, which, in retrospect, I would not trade.”
“Who didn’t make it out”?

So, on the one hand it was about unswerving faith that one will ultimately prevail while on the other hand it’s about banishing all false hopes? As usual, the guy who lived it says it best.
“You must never confuse faith that you will prevail in the end – which you can never afford to lose – with the discipline to confront the most brutal facts of your current reality, what- ever they might be.”

Holding those two seemingly contradictory notions in his head simultaneously was the key to Stockdale surviving, even thriving, in his experience. 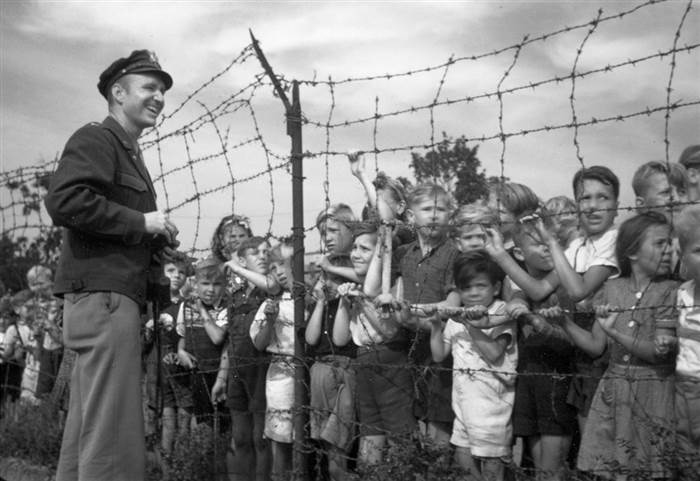 On Christmas Eve, 1948, somewhere between Wiesbaden and Berlin, a twenty-seven-year-old American pilot gazed into the night sky.

The heavens were so full of stars, it seemed they would overflow and tumble to earth in a brilliant display of Christmas generosity and joy.

Hal, as he was known to his crew, wrapped his hands around the yoke of his C-54 cargo plane packed with 20,000 pounds of flour. “This is the real spirit of Christmas,” he thought to himself as he guided his plane toward Tempelhof Air Base in West Berlin.

When World War II had ended three years earlier, Germany and its capital city were divided between the Western allies and the Soviet Union. Then, in a grab for power, Stalin blocked ground transportation into the city. To preserve freedom and keep two and a half million West Berliners from starving, the United States and Great Britain began transporting food and other basic supplies by air.

Hal was one of hundreds of Americans who participated in the historic Berlin Airlift, which was called “Operation Vittles.”

That snowy Christmas Eve, as Hal radioed for clearance to land, his mind wandered back six months to the day that had changed his life. He had been standing at the end of the Tempelhof runway, taking home movies of arriving planes, when he noticed about thirty children on a grassy strip just beyond a barbed wire fence. In broken English, they asked about the planes, how much flour each one carried, and whether the airlift would continue. Although the children had been on meager rations, they were more concerned with freedom than with flour. They wanted what Hal had always had—the opportunity to pursue their dreams.

For nearly an hour Hal answered their questions before saying good-bye. As he turned away, one question lingered in his mind: “What makes these kids different?” All over the world, children were known to beg candy from American servicemen. These children had little to eat, and no candy at all, yet they were grateful for what the airlift had given them and asked for nothing. Their gratitude melted Hal’s heart.

Instinctively he wanted to give something back. Digging into his pockets, he found only two sticks of gum. “From little things come big things,” his father used to say. A broad smile crossed Hal’s boyish face. Giving so little to so many could cause a squabble, he reasoned. But a quiet voice within him urged him on.

Hal broke the gum into four pieces and passed it through the fence.

Without a word, the four children tore the gum wrappers into strips and passed them to the others. One by one, each small nose was pressed to the paper, breathing in the minty smell. Never had he seen such expressions of joy and wonder, even at Christmas.

As Hal watched in amazement, his mind raced. “If only I had more to give!” he thought. He had his own rations of gum and chocolate. Maybe his buddies would be willing to donate theirs. Just then another C-54 roared over his head and an idea formed in his mind. “I could drop candy from the air,” he said to himself.

This was the beginning of an extraordinary humanitarian endeavor that brought the spirit of Christmas to a world in need of peace and hope, earning Hal Halvorsen the nickname “The Candy Bomber.” Read the rest of the story in Christmas From Heaven. -From Today.com

In honor of so many who give their heart and soul for so many. Peace to you and your families today.  Bless and keep you safe.