The only survivor of a shipwreck was washed up on a small, uninhabited island. He prayed feverishly for God to rescue him, and every day he scanned the horizon for help, but none seemed forthcoming.

Exhausted, he eventually managed to build a little hut out of driftwood to protect him from the elements and to store his few possessions. But then one day, after scavenging for food, he arrived home to find his little hut in flames, the smoke rolling up to the sky.

The worst had happened; everything was lost. He was stunned with grief and anger. “God, how could you do this to me!” he cried. Early the next day, however, he was awakened by the sound of a ship that was approaching the island. It had come to rescue him. “How did you know I was here?” asked the weary man of his rescuers. “We saw your smoke signal,” they replied.

It is easy to get discouraged when things are going badly. But we shouldn’t lose heart, because God is at work in our lives, even in the midst of pain and suffering. Remember, next time your little hut is burning to the ground–it just may be a smoke signal that summons The Grace of God. 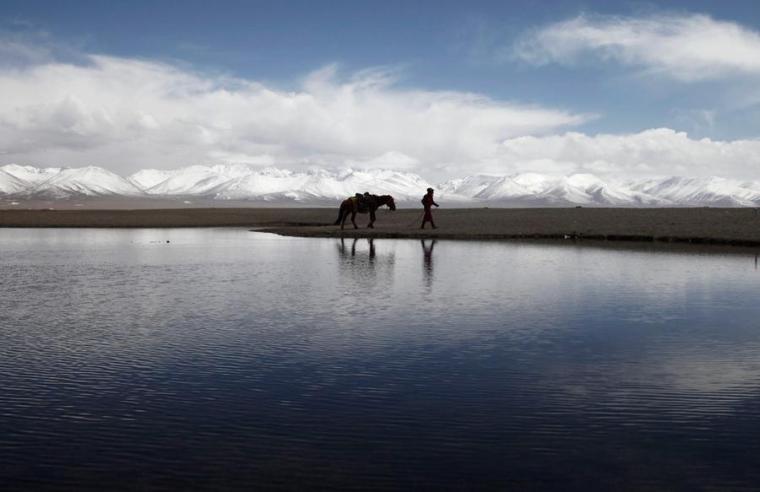 Once there was a  farmer who worked his poor farm together with his son and their horse. When the horse ran off one day, neighbors came to say, “How unfortunate for you!” The farmer replied, “Maybe yes, maybe no.”

When the horse returned, followed by a herd of wild horses, the neighbors gathered around and exclaimed, “What good luck for you!” The farmer stayed calm and replied, “Maybe yes, maybe no.”
While trying to tame one of wild horses, the farmer’s son fell, and broke his leg. He had to rest up and couldn’t help with the farm chores. “How sad for you,” the neighbors cried. “Maybe yes, maybe no,” said the farmer.
Shortly thereafter, a neighboring army threatened the farmer’s village. All the young men in the village were drafted to fight the invaders. Many died. But the farmer’s son had been left out of the fighting because of his broken leg. People said to the farmer, “What a good thing your son couldn’t fight!” “Maybe yes, maybe no,” was all the farmer said.

Sometimes you just need to change your perspective. Enjoy your day!