I have been reading a great book filled with wonderful stories, so every now and then I am going to do a post titled: Great Stories that will have a great story I come across that inspires great feelings. I don’t think you can ever get too many good things to fill your life, so take a few minutes and read these Great Stories.

Audrey Hepburn in My Fair Lady

Here is a good one for today…Many of you have heard of the musical “My Fair Lady” but did you know this… In the 1920’s Frederic Loewe, Vienna-born composer of My Fair Lady arrived in the United States. At the time, Loewe, a gifted pianist unable to find a market for his talent, was discouraged and depressed. And because he had no money to make further payments, his one prized possession, his piano, was about to be repossessed. This looming event represented a final blow to his musical aspirations.     On the morning the movers were to arrive for his piano, and while he gloomily waited, Loewe decided to play one last time and did so with rare inspiration. Bent over the keyboard and intent on his music, Loewe did not hear the moving men enter the room. When at last finished, he glanced up and was startled to see an audience—three moving men seated on the floor.     The men said nothing and made no movement toward the piano. Instead, they opened their wallets and pooled enough money to pay the overdue installment. Placing the money on the piano, they left empty-handed.     These men, themselves probably existing on meager wages, gave because they recognized Loewe’s musical genius and realized they could not, in good conscience, take from Loewe the one thing that gave him comfort and offered hope. Deeming the needs of another human being superordinate to their own, they walked away, never to know, through their humble giving, the gift they bestowed upon mankind.   -taken from The Heart of Goodness

I think this story illustrates the good heart people have and genuinely want others to succeed.

I think this is also a great story that gives hope and shows that no matter how bad things may get, there are bigger plans for you and your purpose. Have hope and continue on in your passionate pursuits, you never know where they will take you. Have faith in the bigger picture. You were made to do amazing things.  -Peace and love to you.  H

In keeping with this weeks previous post, I am posting a few quotes from one of my favorites…Audrey. She has some great life lessons that are always a beautiful thing. I LOVE Audrey. If you do not know her story–I will post a little of it here, but it has also been made into a movie starring Jennifer Love Hewitt. It is a movie that illustrates Audrey’s real life story and gives you a better sense of where this beautiful, strong woman truly came from. Great story. Great lady. 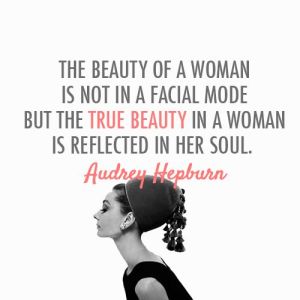 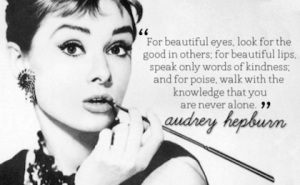 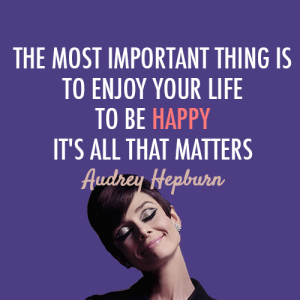 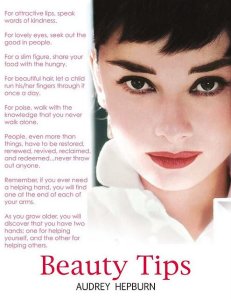 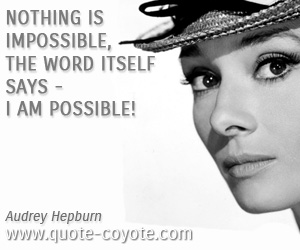 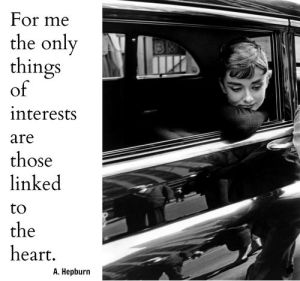 A little summary of Audrey’s life— taken from http://www.audry1.org

Audrey Hepburn (4 May 1929 – 20 January 1993) was an iconic Academy Award-winning actress, fashion model and humanitarian.Born Audrey Kathleen Ruston in Brussels, Belgium, she was the only child of John Victor Hepburn-Ruston, an Anglo Irish banker, and Baroness Ella van Heemstra, a Dutch aristocrat descended from French and English kings. Her father later appended the name Hepburn to his surname, and Audrey’s surname became Hepburn-Ruston. She had two half-brothers, Alexander and Ian Quarles van Ufford, by her mother’s first marriage to a Dutch nobleman.

Audrey had the reputation of being a humble, kind and charming person, who lived the philosophy of putting others before herself. She showed this side particularly towards the end of her life in her work for the United Nations Children’s Fund (UNICEF). New Woman magazine called Audrey the most beautiful woman of all time, in a 2006 poll. She was ranked as the third greatest female star of all time by the American Film Institute.

Audrey attended private schools in England and the Netherlands. Her mother was very strict and her father left the family when Audrey was young. She later called his abandonment the most traumatic moment of her life (years later she located her father and sent him money and wrote him many letters). After the 1935 divorce of her parents, she was living with her mother at Arnhem, Netherlands when the German invasion and occupation of World War II occurred. At that time she adopted the pseudonym Edda Van Heemstra, modifying her mother’s documents to do so, because an “English-sounding” name was considered dangerous. This was never her legal name and this lead to a lot of confusion regarding Audrey’s name and many biographies incorrectly state her birth name as Edda.

After the landing of the Allied Forces on D-Day, things grew worse under the German occupiers. During the Dutch famine over the winter of 1944, brutality increased and the Nazis confiscated the Dutch people’s limited food and fuel supply for themselves. Without heat in their homes, or food to eat, people in the Netherlands starved and froze to death in the streets, particularly so in Arnhem, which was devastated during allied bombing raids that were part of Operation Market Garden. Suffering from malnutrition, Audrey developed several health problems. She would stay in bed and read to take her mind off the hunger, and she danced ballet for groups of people to collect money for the underground movement. She resorted to digging up and eating tulip bulbs to survive the famine. The impact of these times would shape her life and values.

After the war, Audrey and her mother moved to London, where she studied ballet, worked as a model, and in 1951, began acting in films, mostly in minor or supporting roles as Audrey Hepburn. She got into acting mainly to make money so that her mother would not have to work menial jobs to support them. Her first major performance was in the 1951 film The Secret People, in which she played a ballet dancer. Audrey had trained in ballet since childhood and won critical acclaim for her talent, which she showcased in the film. However, her ballet teachers had deemed her “too tall” to be a professional ballet dancer, since, at 5’7″, she was taller than many of the male dancers. She was chosen to play the lead character in the Broadway play Gigi that opened on 24 November 1951. She won a Theatre World Award for her debut performance, and it had a successful six-month run in New York City.

Audrey was then offered a starring role opposite Gregory Peck in the Hollywood motion picture, Roman Holiday. Peck saw her star quality and insisted she share top billing. For her performance, she won the 1953 Academy Award for Best Actress. Years later, when asked by Barbara Walters what her favorite film was, Audrey answered without hesitation, Roman Holiday, because it was the one that made her a star.

After Roman Holiday she filmed Sabrina with Humphrey Bogart and William Holden, with whom she had a brief romance. Many believe Holden considered Audrey to be the love of his life, and she would go on to appear with him again in the comedy Paris, When It Sizzles.

Having become one of Hollywood’s most popular box-office attractions, Audrey co-starred with other major actors such as Fred Astaire in Funny Face, Humphrey Bogart and Gary Cooper in Love in the Afternoon, George Peppard in Breakfast at Tiffany’s, Cary Grant in the critically acclaimed hit Charade, Rex Harrison in My Fair Lady, Peter O’Toole in How to Steal a Million, and Sean Connery in Robin and Marian.

Many of these leading men became very close to her. Rex Harrison called Audrey his favorite leading lady; Cary Grant loved to humor her and once said, “all I want for Christmas is to make another movie with Audrey Hepburn;” and Gregory Peck became a lifelong friend. After her death, Peck went on camera and tearfully recited her favorite poem, “Unending Love.” Some believe Bogart and Audrey did not get along, but this is untrue.

Soon after Audrey’s final film role, she was appointed a special ambassador to the United Nations Children’s Fund (UNICEF). Grateful for her own good fortune after being a victim of the Nazi occupation as a child, she dedicated the remainder of her life to helping impoverished children in the world’s poorest nations. 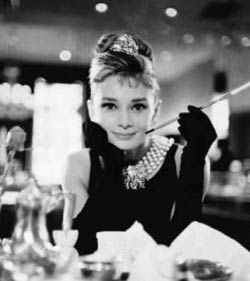 Love you Audrey. Peace to you.

Well, that is a taste of Audrey’s life, but I would suggest reading a biography or watching the movie that gives you a better overall sense. She was a wonderful, loving woman. Bless you Audrey.

Have a beautiful day!! -H

I wanted to do something creative, fun and spontaneous today!! I have put together a great collage of videos & images to illustrate amazing messages that will inspire, make you think and hopefully spark something within. Images have power, so take the ride!

The next is a neat video done by Dove that makes you take a closer look at how you see yourself…check it out.

The next video makes you think about how we affect one another…the responsibility to reach out to one another…to make a difference. 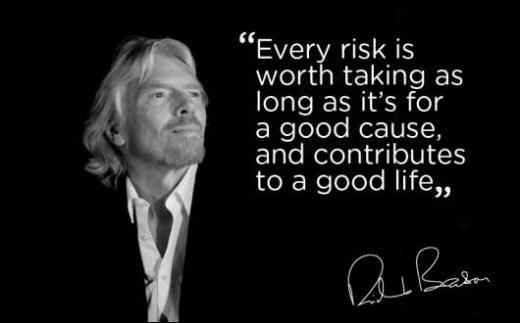 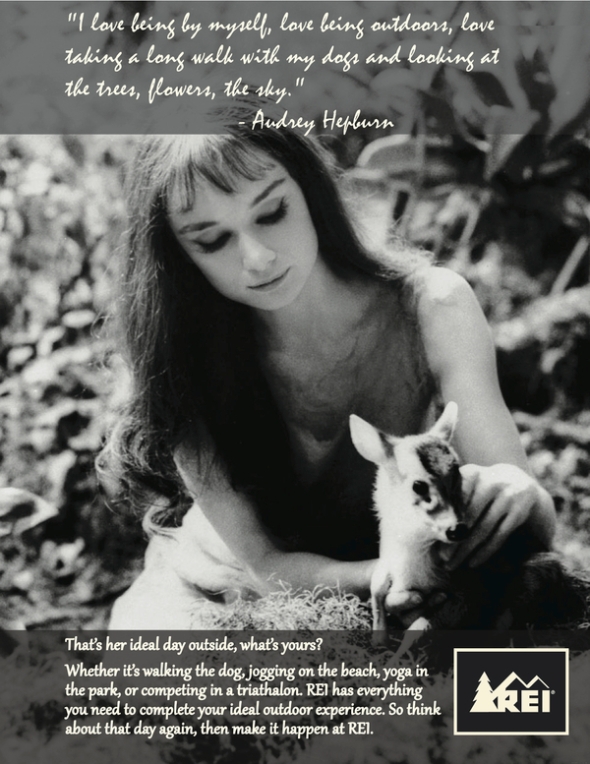 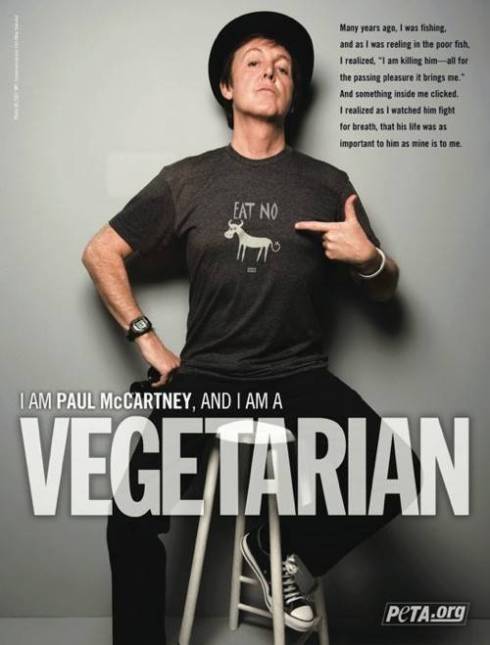 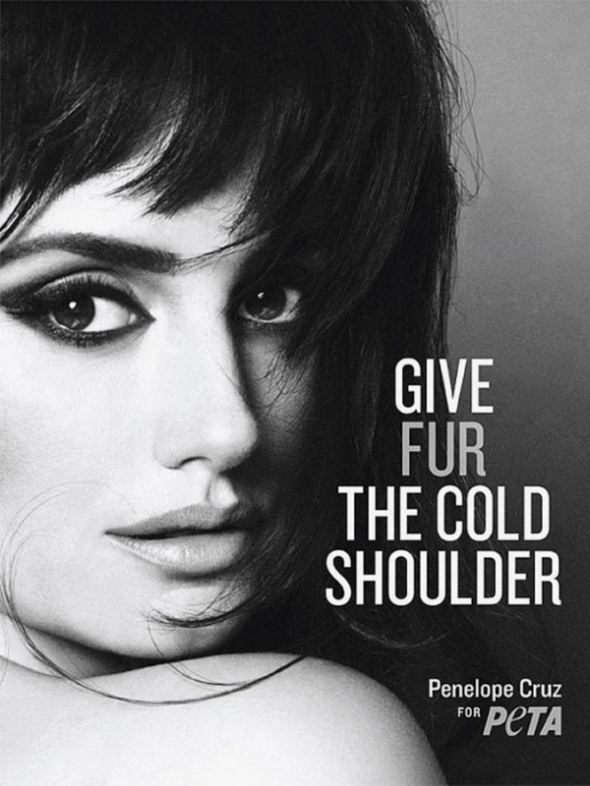 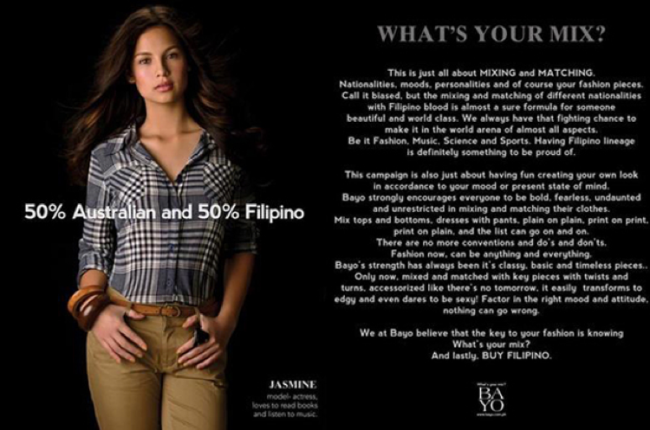 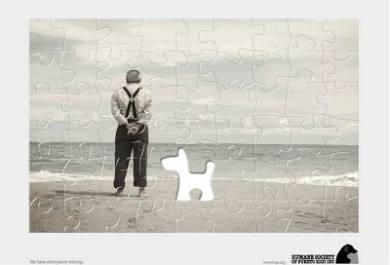 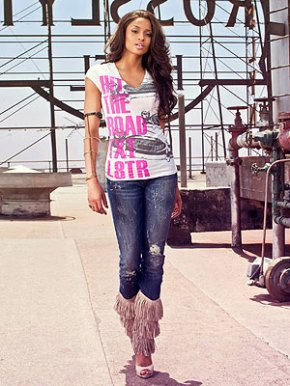 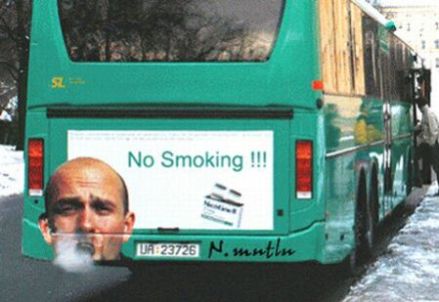 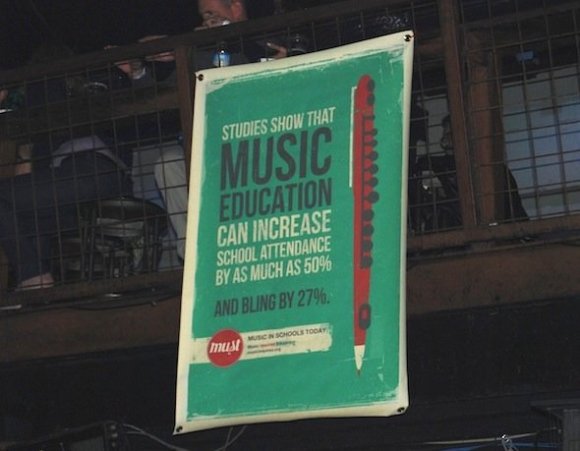 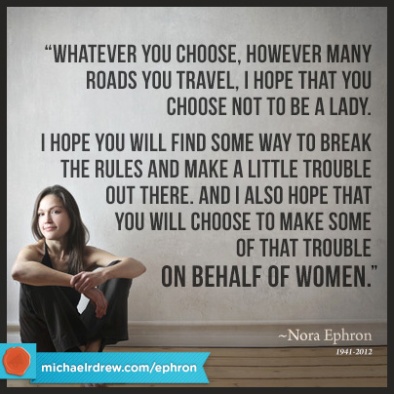 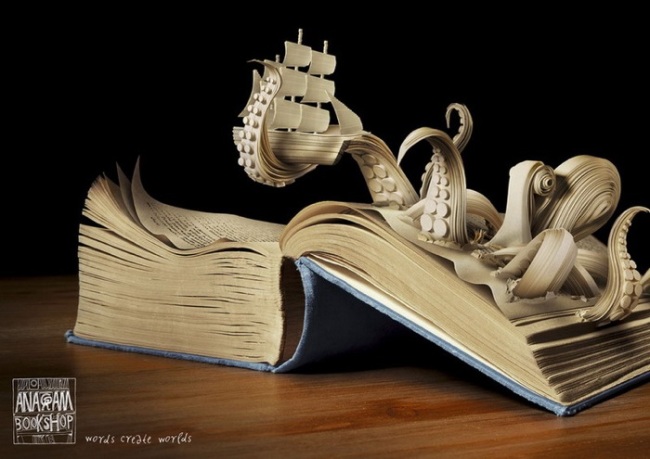 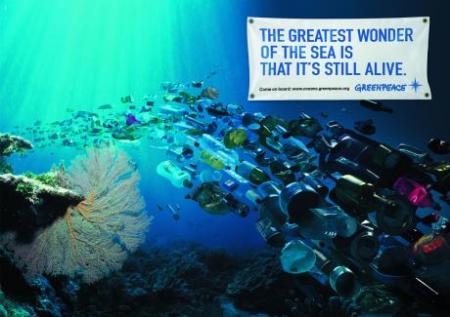 Well, I hope these images, inspiration and food for thought will make you stop and take notice of the way you treat others, what choices you make, how you treat the planet and what pulls at your heart and soul. We are connected in all things, so don’t be afraid to step out and make a small change…get creative in some small way, maybe begin to recycle your water bottles, cut back on your meat consumption, give your child 12 big hugs today, risk, get outdoors, stop texting in your car, read more, get your family listening to good music, appreciating art, making a difference in other peoples lives, love yourself a little more, adopt a pet, see things differently…Get INSPIRED!!

Make it an AWESOME day!!  -Heather